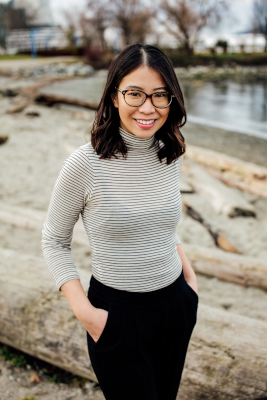 Photo by Amanda Palmer
Ann Hui - SOLD OUT!
Chop Suey Nation
Friday, Oct. 25 | 7 PM | Forsyth Hall
In 2016, Globe and Mail reporter Ann Hui drove across Canada to write about small-town Chinese restaurants and the families who run them. Using her own family’s story as a touchstone, she explores the importance of these restaurants in the country’s history and makes the case for why chop suey cuisine should be recognized as quintessentially Canadian. Ann Hui will be in conversation with Marty Chan.

STARFest Facts
Ann Hui is the Globe and Mail National Food Reporter and uses food as a lens to explore public policy, health, the environment, science and technology. She was born in Vancouver, BC and currently lives in Toronto, ON.

Chop Suey Nation weaves together Hui’s own family history – from her grandfather’s decision to leave behind a wife and newborn son for a new life, to her father’s path from cooking in rural China to running some of the largest “Western” kitchens in Vancouver, to the unravelling of a closely guarded family secret – with the stories of dozens of Chinese restaurant owners from coast to coast.

Along her trip, she meets a Chinese-restaurant owner/small-town mayor, the owner of a Chinese restaurant in a Thunder Bay curling rink, and the woman who runs a restaurant alone on the remote Fogo Island. Hui also explores the fascinating history behind “chop suey” cuisine, detailing the invention of classics like “ginger beef” and “Newfoundland chow mein,” and other uniquely Canadian fare like the “Chinese pierogies” of Alberta. 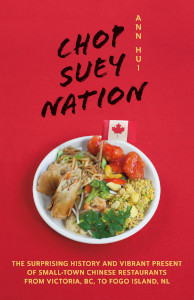 Marty Chan loves to write. Before he became a kids’ author, he worked in theatre, radio, and television. Now his passion is inspiring the next generation of lifelong readers and writers. Using a combination of storytelling, improv, humour, and stage magic, he shares his love of words with audiences young and old.
© STARFest - St. Albert Readers Festival 2021
Phone: 780-459-1530 | Fax: 780-458-5722 | Email: starfest @ sapl.ca